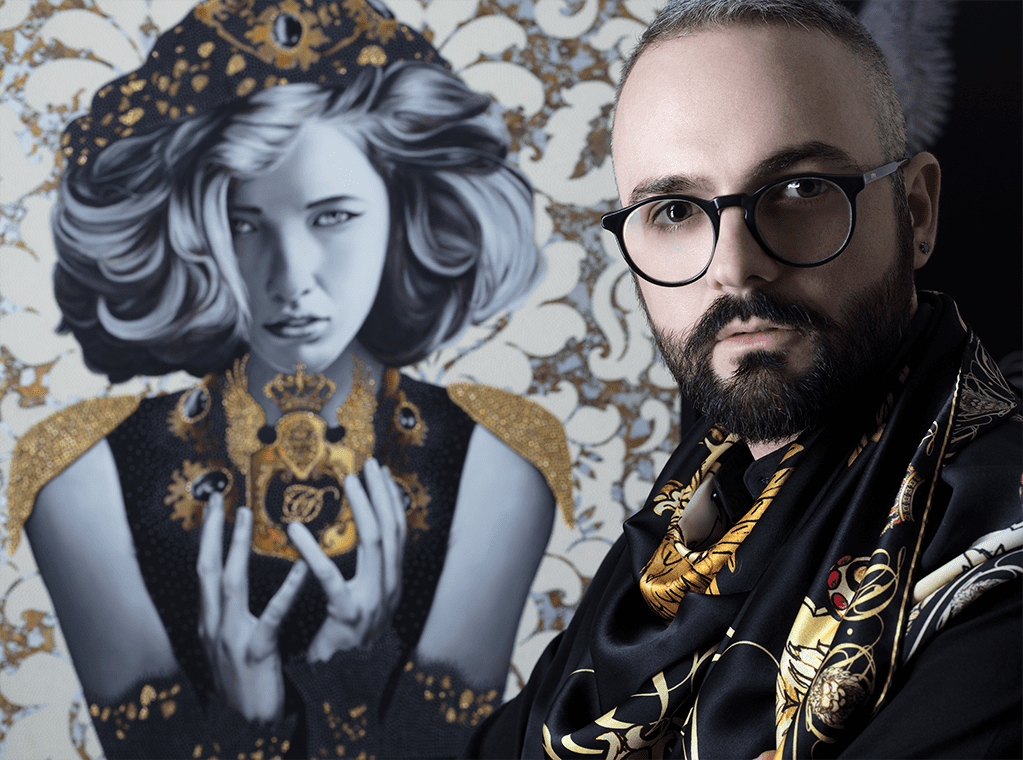 Davide Cristofaro was born in Putignano the 16th of August 1985 from a humble family, he lives in Martina Franca, a beautiful Baroque city of Puglia. He is the youngest of six children, and showed since early age an innate artistic ability inherited from his paternal grandfather, a renowned self-taught painter, from a paternal grandfather, a famous sculptor, a graduate of Fine Arts in Florence and the maternal grandfather refined tailor.
He attended a school in the tourist sector, without neglecting his passion for drawing, which soon led him to investigate the relationship Fashion - Art.

He later on enrolled at "Victoria Academy" Fashion Designer Institute achieves the title in Fashion Stylist dedicating the thesis to his grandfather, never known. He specialized in two disciplines: Fashion Designer and Textile Designer. Studies combined with his creativity and passion have allowed us to refine his aesthetic sensibility not only in the fashion industry, but in all that concerns the art.
He debuted in fashion the 5th of February 2012 to "Lecce Fashion Weekend 8", an important event of the Fashion System "Made in Puglia".
He participated in several events: Paris (France) - London (United Kingdom) - Oslo (Norway) - Köping - Stockholm (Sweden) - Bangkok (Thailand) - Moscow (Russia) – Tashkent (Uzbekistan) - Milan - Busto Garolfo - Florence - Rome - Naples - Aversa - Caserta - Roccamonfina - Ischia - Francavilla al Mare - Messina - Torchiarolo - Lecce - Ostuni - Taranto - Statte - Talsano - Latiano - San Marzano - Martina Franca, receiving warm receptions from audiencies and positive feedback from critics. The works of Davide Cristofaro are kept in private national and international collections.
He is currently engaged in the growth and development of “Davide Cristofaro’s brand” Art - Fashion - Design "Made in Italy".